Xbox 360 error code E72 is an error that usually occurs when there is a problem with a loose pin or a non-existent NAND chip. It can also happen if you flashed it badly with an Infectus chip, or the NAND is dead. 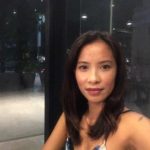 “Xbox 360 error code E72” could be a result of a damaged firmware due to failed system update or the NAND storage device for the firmware is damaged or dead. It is also a caused by a modified firmware, that has received a legit system update from Mircosoft.

To fix this error, try to clear the failed system update, see instruction below.

If clearing the update was unsuccessful, send your Xbox 360 for warranty claim. If the Xbox 360 has undergone a firmware modification. Try to reload the modified firmware, it might work.