Xbox 360 error E71 is an error that is accompanied by a red flashing light. It may mean a possible hardware error or an error with the hard drive itself.

Some of the common fixes include: 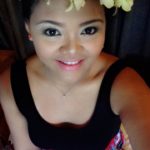 If a defect is encountered, such as bad sectors or hard disk drive performance/ health issue, replace your hard disk drive or claim the Xbox 360 warranty. If no error was found, try the next steps below but it requires a Windows 8.1 operating system.